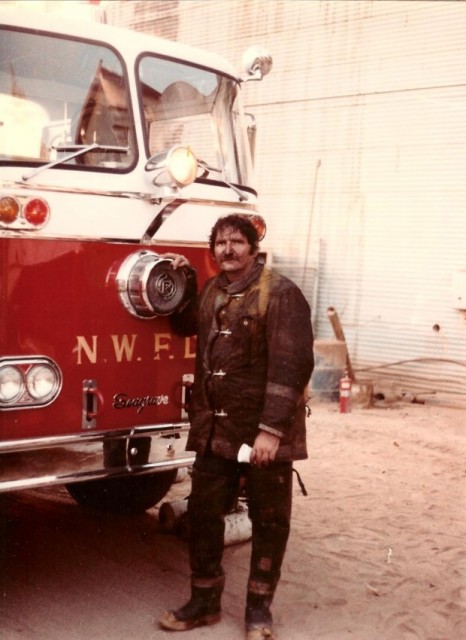 When Jim Notary became a firefighter in the mid-’70s, he noticed his department lacked training. After alerting an assistant fire chief, he was tasked with leading department training. Ultimately, his work led him across the state as he became known as a pioneer for fire safety.

Tasked with training his department, Notary built and designed mazes that simulated real-life firefighting situations. He traveled across the state, using the mazes to teach firefighters about conditions they might encounter on the job.

“We would receive many letters from firefighters in the state saying that the maze had saved their life because they had used what we taught them in the maze,” Adams County Fire Chief Patrick Laurienti said.

Notary also promoted public education whether it was through teaching CPR at the fire station or using puppets to teach children about fire safety at area schools, Laurienti said.

“He had an alter ego named ‘Rocco,'” Notary’s sister, Sandra Danne, said. “He would kind of do this skit where he was a chef and he would put on his best Italian accent and pretend to be cooking something totally inedible.”

Always willing to lend an ear, Notary was a mentor to many, his daughter, Terrie Bridge, said.

“He was always so positive and so many people consider him their best friend,” she said. “So he didn’t have one best friend — he had like 400.”

“Even though he achieved a lot, he was very humble and never forgot what his roots were,” Ryan Notary said. “Even though he was chief of an up-and-coming department, he always put family first and remained humble.”

He showed that commitment through his dedication to attending his kids’ sports games, Notary’s son, Brian Notary, said.

“He was always there,” Brian said. “Even though being a firefighter he worked a 24-hour shift, it didn’t matter, he made every football game whether he was at work or not.”

Notary also served as a role model for his siblings, Danne said. She recalled looking to her older brother as the patriarch of their family their father’s death.

“Even as a kid, he was the leader,” she said. “He kept my brother and I in line. He was the babysitter and just (was) so compassionate from when we were young.”

Laurienti said Notary also served as a father figure in the fire department.

“He was known as ‘Dad’ at the firehouse and I consider him my second dad,” Laurienti said. “We were all just a bunch of kids and he was just trying to keep us in line.”

Notary is survived by his wife, Linda, his siblings Sandra Danne and John Notary, his four children: Terri Bridge, Kelly Fitzpatrick, Brian Notary and Ryan Notary as well as 10 grandchildren and 11 great grandchildren.

His service will be held at 10 a.m. June 15 at the Denver Mart pavilion, 451 East 58th Avenue. A reception will be held immediately following the service.

In lieu of flowers, donations may be made to the UCHealth Burn Fund and Child Rescue Inc.